201motels wrote:I've got a Crown Royal bag you can have and use as a shift boot. You know, if you're a ricer.

gotta keep it classy, but still let those ladies know you're a machine

I'll begin to wrap up this thread. Swap is about 98% done, and I put about 60 miles driving around town yesterday.

Here's a quick recap on what I've been doing with it over the last couple of weeks:

With the manual swap, the AR ECU engine module cannot be recoded, and it's necessary to flash with a manual .bin file. There's a lot of info out on Nefmoto on how to do this, but basically I had to get a 551L file, and flash it to the ECU, which overwrites the 551K tiptronic file. Took me a few hours of messing with my test ECU and bench flash setup, and then I had to get the correct AR file. Then I was able to do a full flash on my ECU in the car. Onto the interior bits, you'll see an earlier post with the following pic: Which was solved with a call to Shokan for some used Audi parts: The stock sound system was horrendous, so I picked up a new head unit from Crutchfield and installed it: Then I was getting an oil sensor error, and I have been there and done that before, so a new sensor and Metalnerd magnetic drain plug was installed: Got the bumper repaired and all back on and secured, and replaced the front right fog light that was busted up. Also began to plastic weld some of the broken bumper bits including the front grill inserts. A replacement right side is on it's way: The tires were pretty much worn down to nothing, so I went to Lisac's tires yesterday and had some Kumho 4X's installed. In the process a wheel cover was mashed back in place and broken, so I have a replacement also on it's way. I had to make a few small adjustments to the shift linkage, and I wired in the reverse lights and clutch switch last night. So, that's most of it up to current. I think most of you guys are on the Facebook page, and if you also want to continue to follow other social media platforms, you should follow the BSE Instagram feed https://www.instagram.com/bigskyeuro/ as most projects and updates will probably be coming from there, as well as my personal social media.

Anyway keep following and here's a small preview of the next project that has followed me home (yes, another): Thanks for following this build and if you like it and want more, just click the buttons 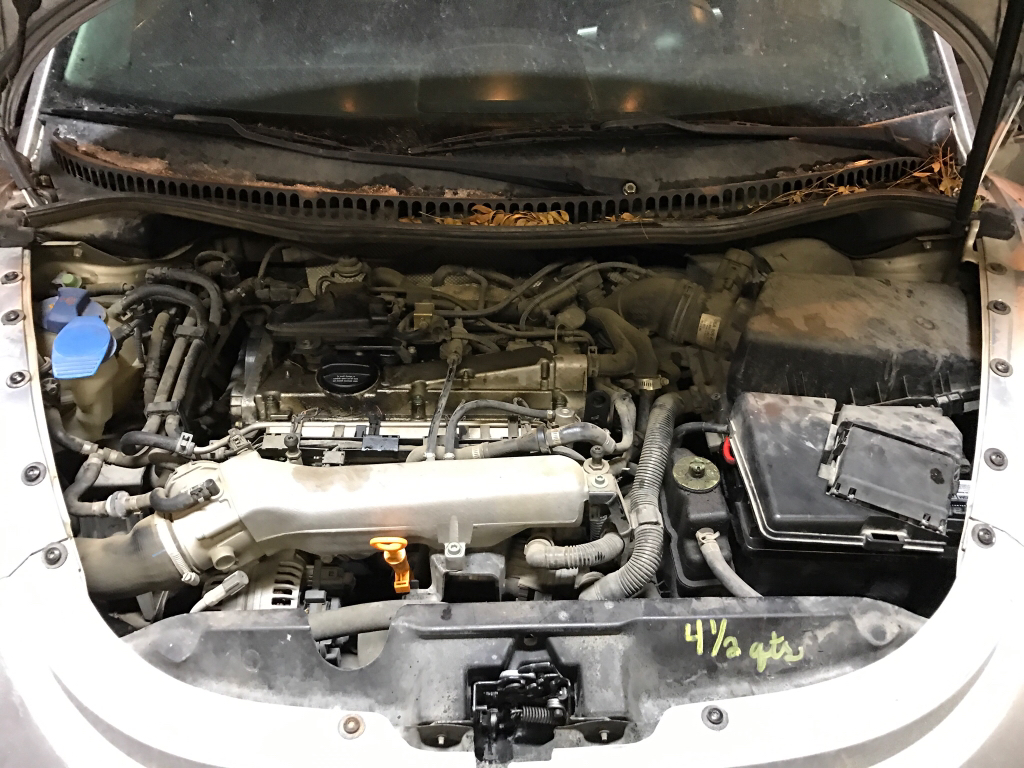 Leifro
In the drivers seat...