Going back a few months ago, I replaced the rubber seats stand mats with now ones from Bus Depot, which I think are produced by Wolfsburg West (?). Still wanting a solution for the middle area, I'll have to figure something out there, but both the left and right sides look awesome! Went ahead an ordered the seat cushions and covers from Sewfine. It was a bit of an expense but I needed to replace my OEM seat covers something terrible. I disassembled the seats down to the frames, cleaned and painted them with some black primer/paint and reassembled. First put a layer of burlap down with hog rings, them the cushion with a bit of spray adhesive and few more hog rings, then slid the covers over the frames. I ended up using just a bit of wire (it's the type of wire used when installing drop ceilings) in the end channels to reinforce and shape the edges where they lock into the tabs around the frame of the seats, especially on the drivers side seat. Again, this was a really nice update, and it really makes the Bus much more fun to drive and looks fantastic. Here's a few pictures from the install: I cleaned up the cargo area, and was able to re-glue the OEM vinyl panel back to a new panel I had recreated quite some time ago. Now with my window seals being new and refreshed it water won't leak into the interior. I also picked up a couple of boxes of laminated flooring I'm going to install on the cargo floor, which should match the interior pretty well.

The fuel system was giving me some trouble. Because I haven't driven it very far in some time, I figured it was fuel related, so I drained all the old fuel out, which was nasty. I also ended up replacing 3 more fuel injectors with new ones from Bus Depot. Fuel lines looks fine, and with everything new and fresh fuel in the tank, it's running pretty well now. I spotted a couple of small leaks from either pushrod tubes or the left valve cover so I may need to address that, but now I need to get it licensed in TX and I should be able to drive it to the shows.

Installed the gauges into the lower dash and wired them up with lights. I have voltage, oil pressure and oil temp. Oil temp...I'l have to get a Porsche 914 taco plate for it to work. The horn has never worked since I have owned it, so I started looking into the horn circuit and found that the tab at the bottom of the steering column had been bent in and out of the way. Probably from the PO that didn't want to deal with it, or didn't want to fix the horn...because it would be on constant blast if the circuit isn't correctly wired. Anyway, I picked up a new horn, pulled the column and fixed the tab, reattached the wire, and made sure the outside of the column was not grounded to the vehicle. Picked up new horn springs, horn bar, and and the circuit is now correct and the horn button works fine with a nice little 'beep'!

Lots of updates here, I'll try to list them out in a kind of chronological order over the last year or so. Ill go ahead and list them out, and then add pictures as I go along and edit and add multiple posts. Ok let's get started! 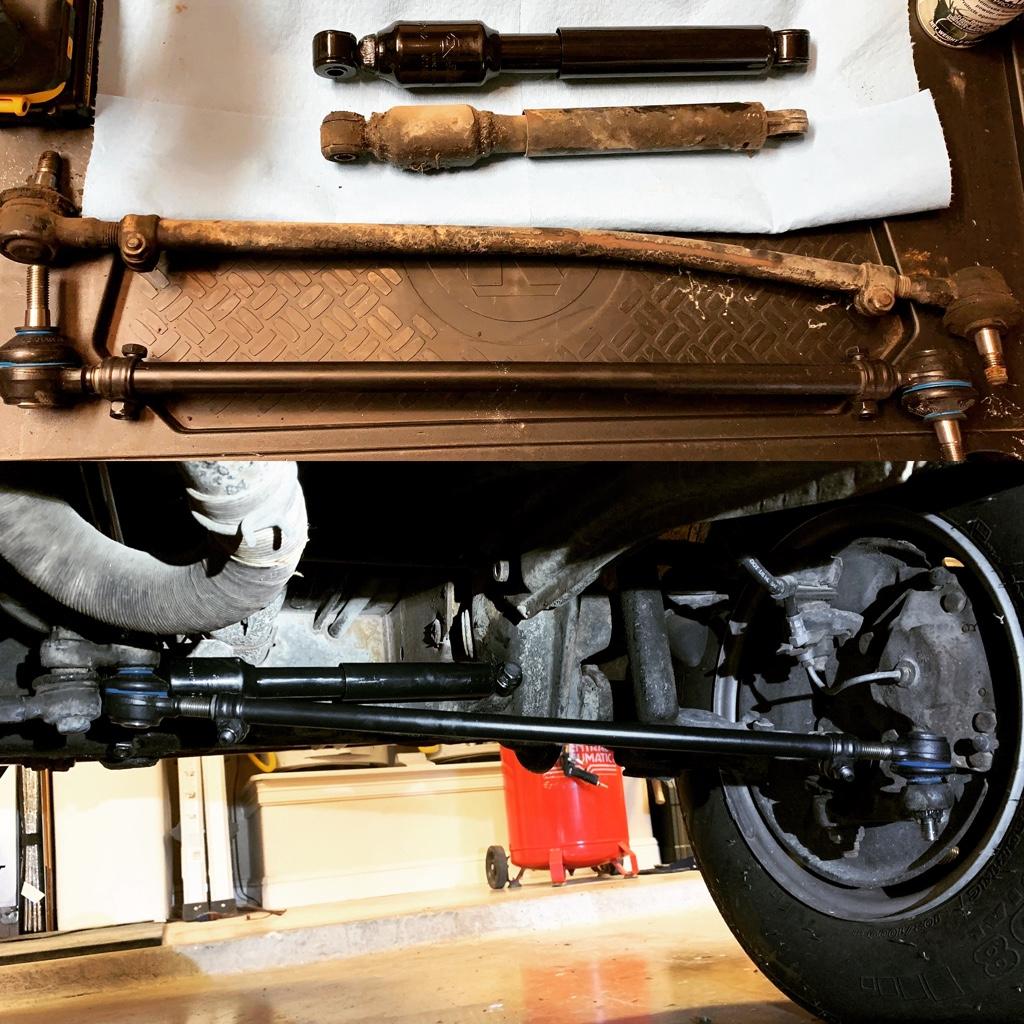 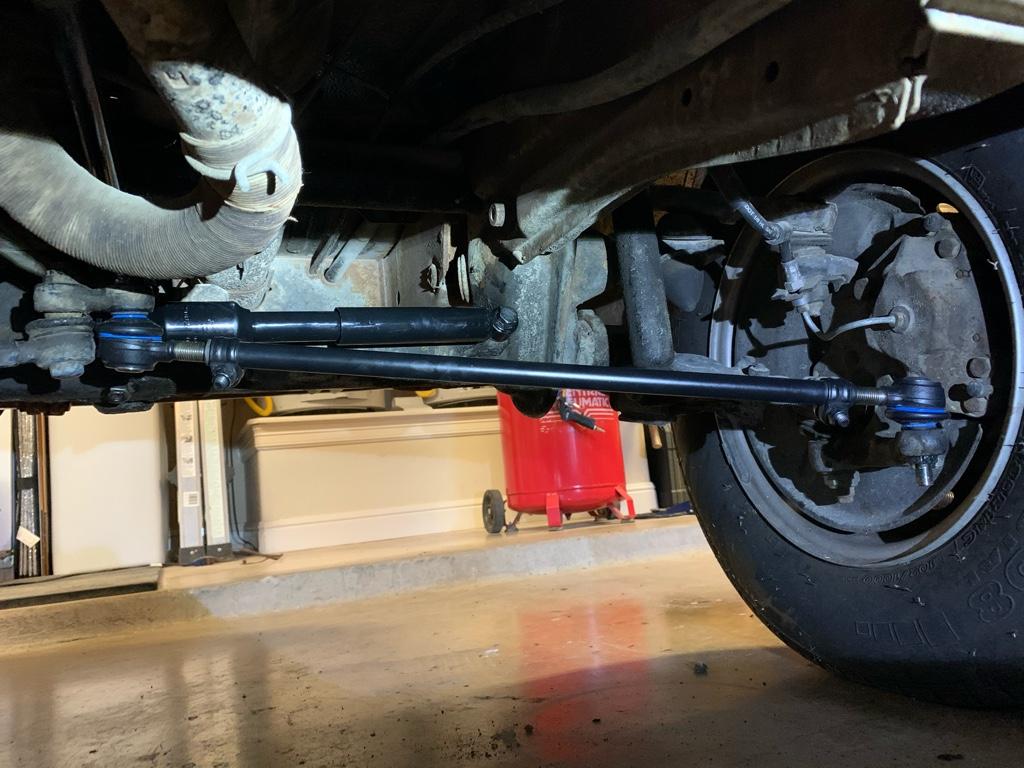 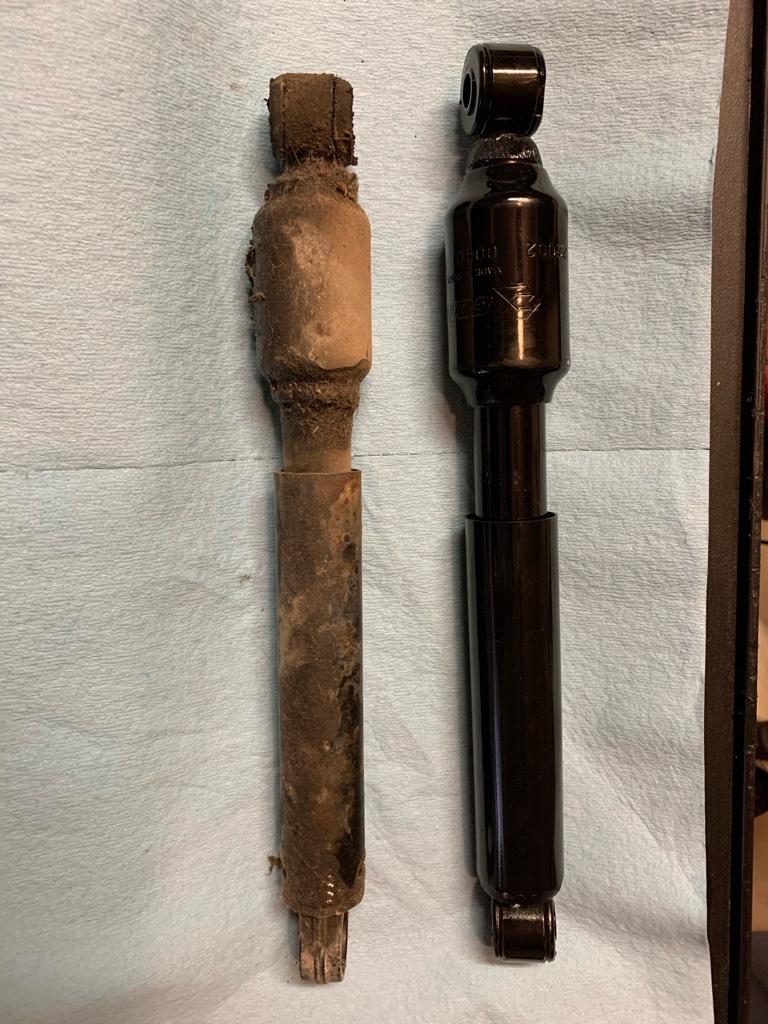 Oil pressure, oil temp and voltage gauge, including Tgetting the proper bulb and bulb holder for the VDO tach, so now I have lighting on all gauges: 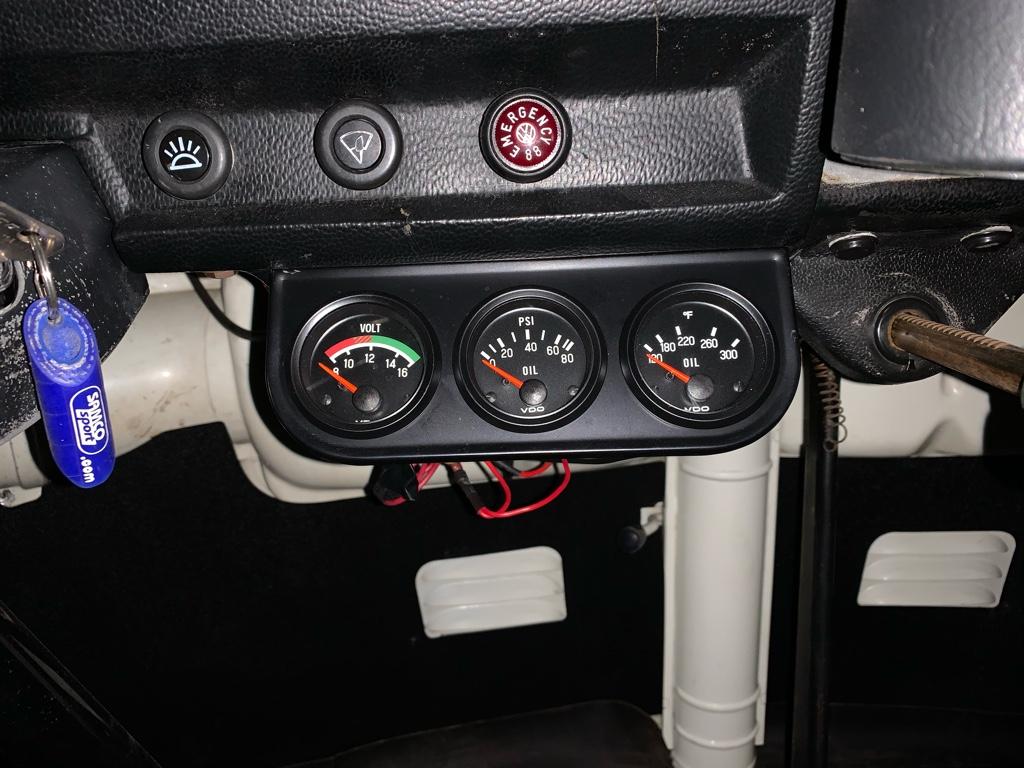 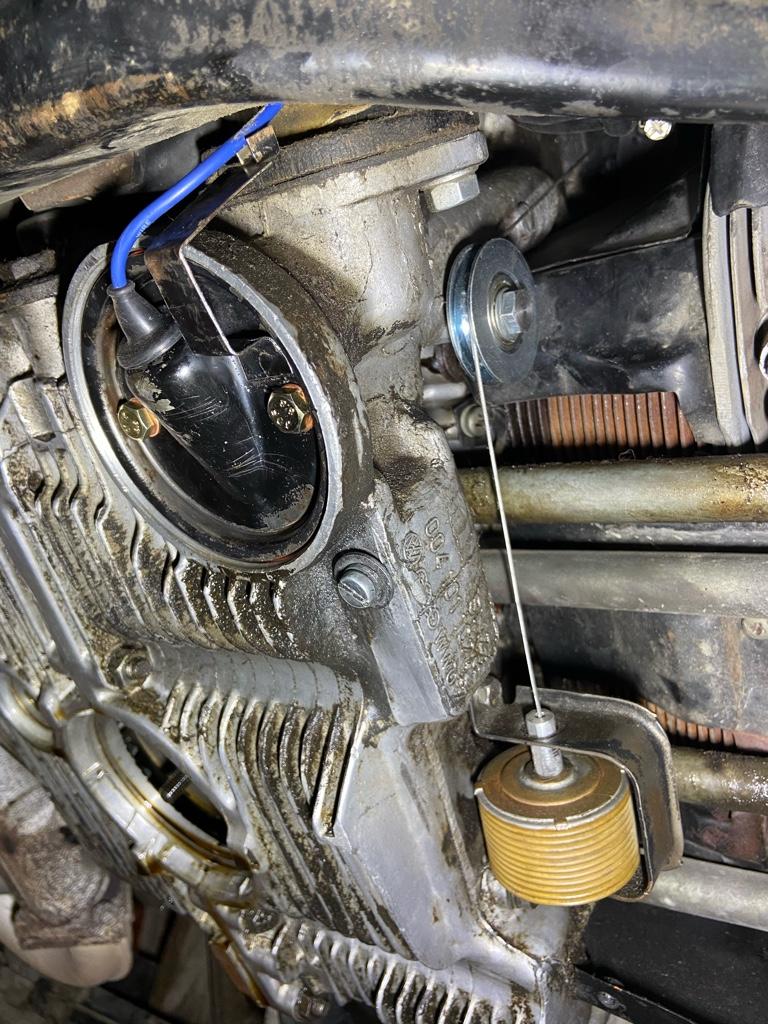 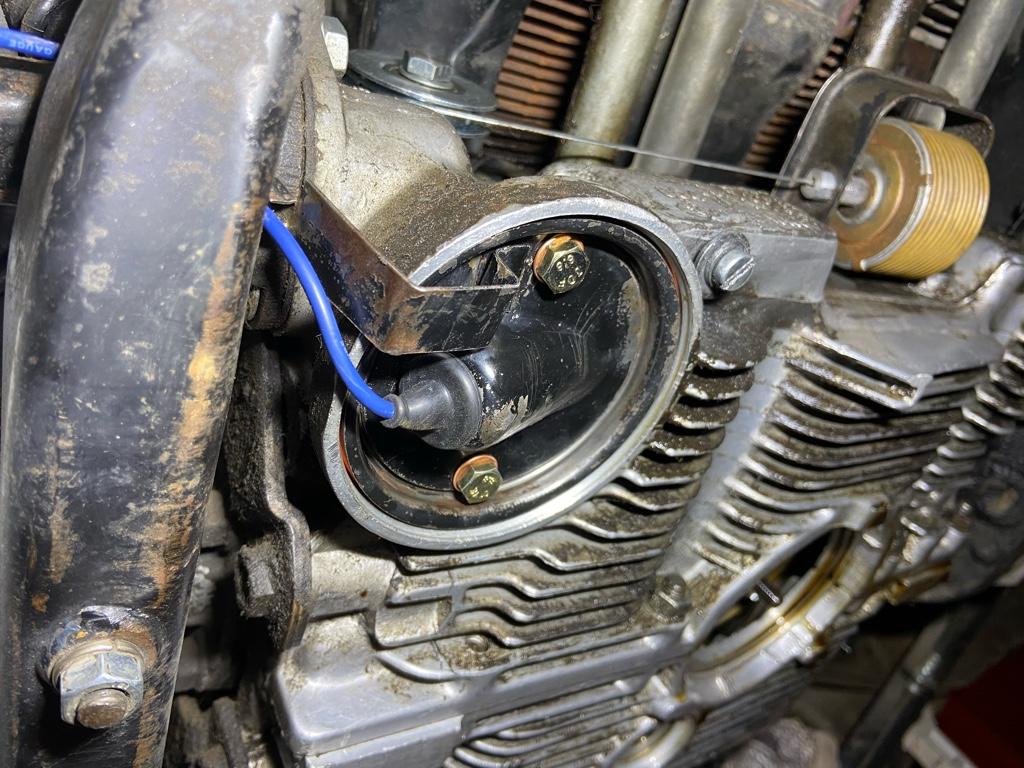 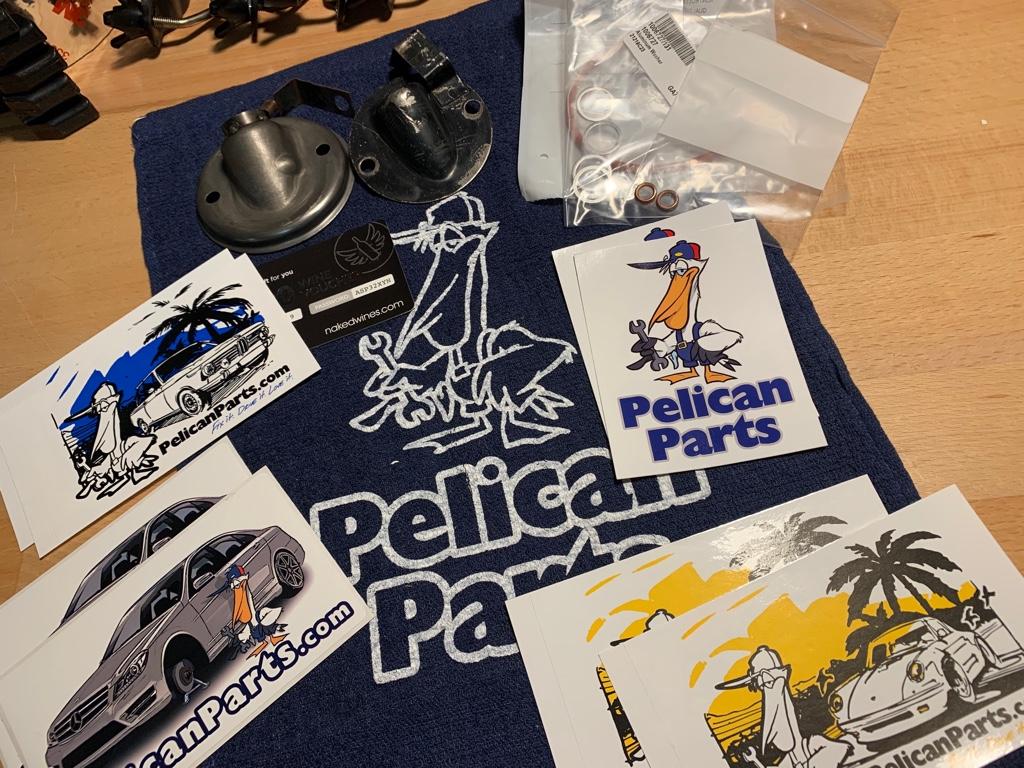 Removed and rebuild half shafts with new CV boots, grease and ened having to replace one CV joint that had too much wear in the bearing tracks. Took the time to clean and paint the CV chafts themselves because I really liked the look of the clean gloss grey, which is the Rust-Oleum Professional Epoxy in a can: 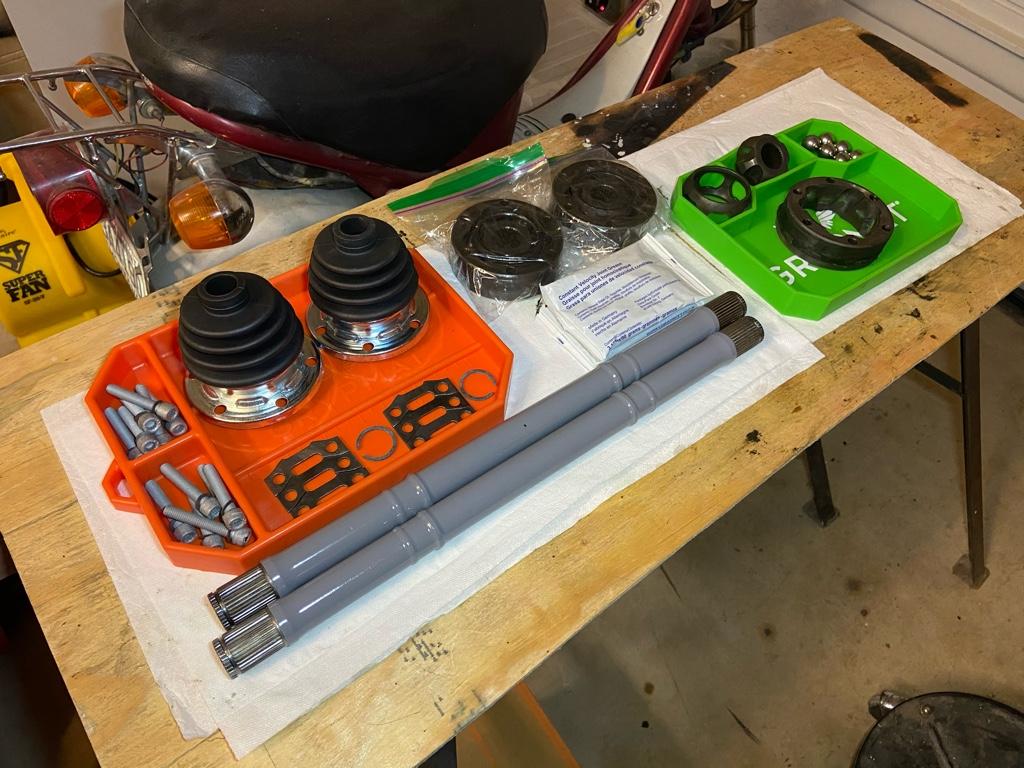 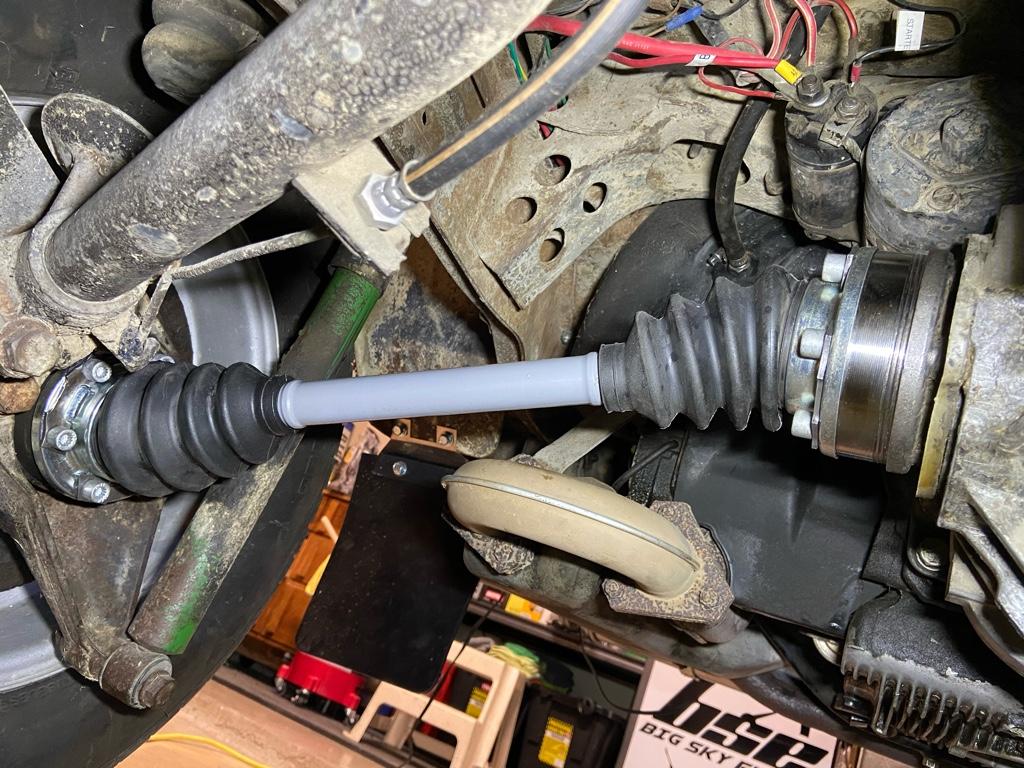 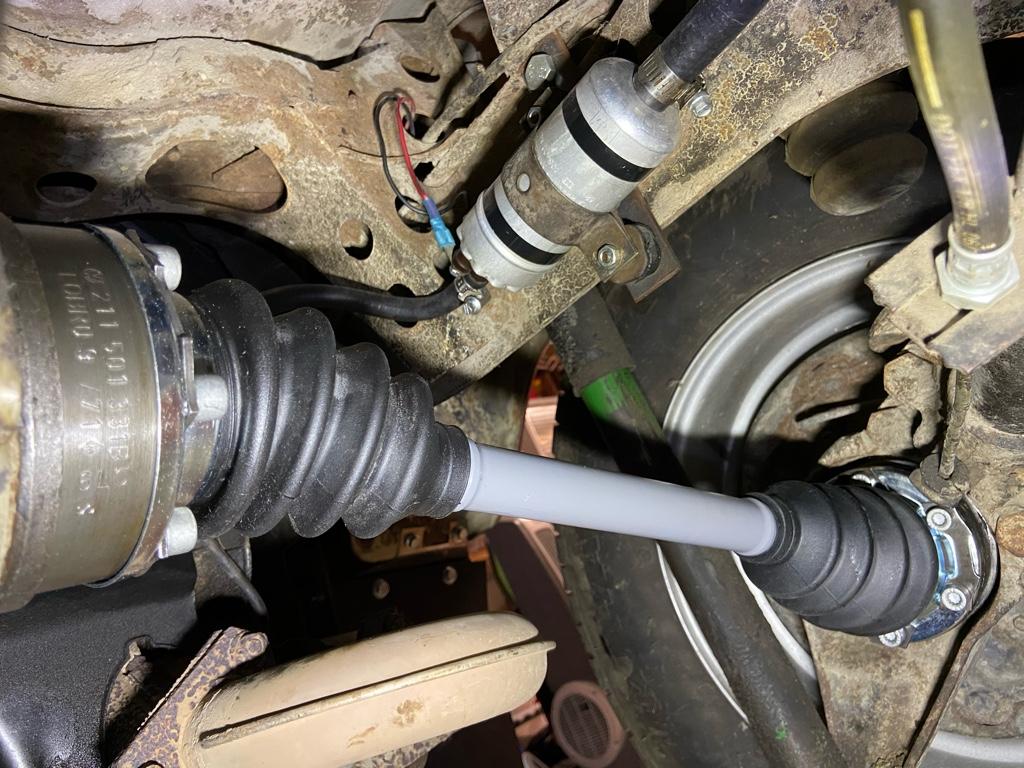 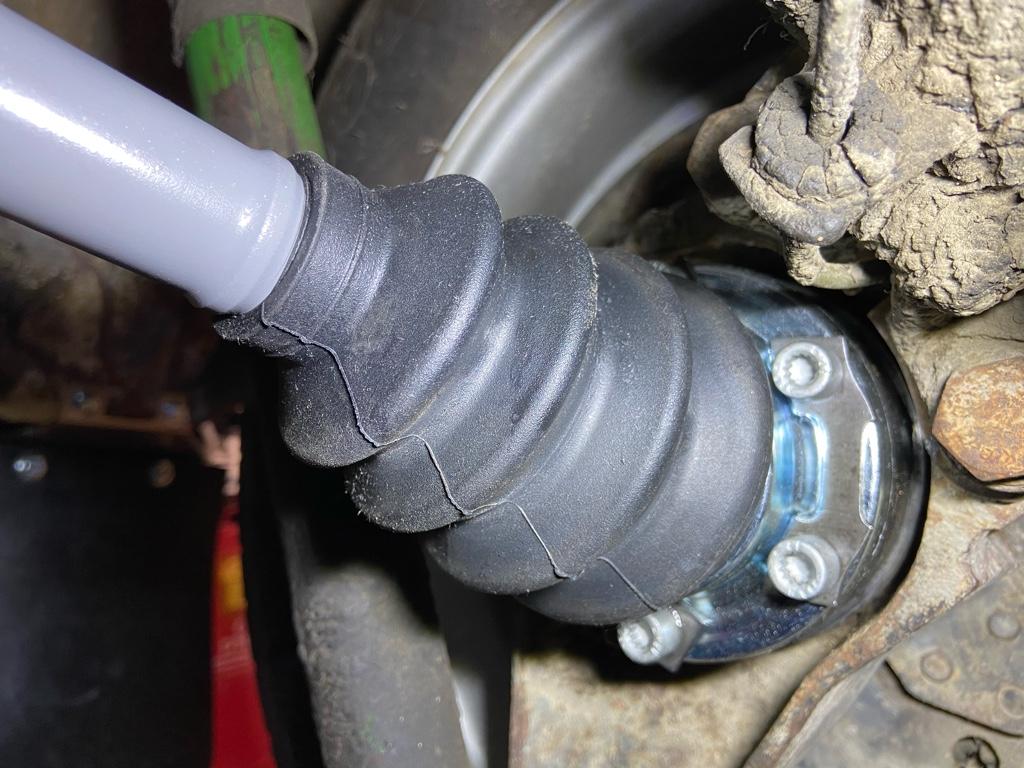 Yeah, surprisingly not a ton of bucks but I made sure to make a budget, plan and buy parts as needed. Toughest part is comparing price vs. quality and making that decision. But most of the time I've chosen the quality part rather than saving a few bucks - sticking to my "buy nice or buy twice" philosophy - that does take more $$ and time saving. With not a lot of other projects and more time, given 2020 is sucking a big D, I have more time too.

Ok here we go...this is a huge update from all the work I've done on the bus over the last year or so. It's been off and and on, but most of the work I've been thinking of doing has now been completed. I even licensed and insured it so I can go (legally) drive it!

I've been polishing up the paint some here and there, it's starting to look really good. Hoping there's some shows in 2021 to get to so I can get out and drive and show off some of the hard work